Each World Travel Awards Gala Ceremony offers unrivalled networking opportunities to members of the travel and tourism industry, with the events welcoming government and industry leaders as well as international print and broadcast media.

World Travel Awards President Graham Cooke said: “What a fantastic evening we have here at InterContinental® Danang Sun Peninsula Resort, this has truly been a highlight of the tourism calendar here in Vietnam. It has been an honour to recognise some leading hospitality providers from Asia and Australasia here tonight and I offer my heartfelt congratulations to each of them. I look forward to seeing many of the winners this evening as we move forward to the Grand Final in the Maldives where they will compete for the global titles.”

As the same time, host InterContinental Danang Sun Peninsula Resort was voted Asia’s Leading Luxury Resort. The hotel also revealed plans for expansion, with 30 new premium beachfront villas for sale. Nestled in the beautiful lush greenery of the resort, they are set to offer the ultimate in privacy, each complete with a commanding view of the East Sea from an outdoor terrace. InterContinental Danang Sun Peninsula Resort General Manager Juan Losada said: “Congratulations to all the winners tonight. It was with enormous pride that InterContinental® Danang Sun Peninsula Resort hosted such a prestigious event as the World Travel Awards Asia Australasia Gala Ceremony 2016. This was a unique opportunity to promote not just the resort itself but also Danang as a first-class beach destination, with gorgeous landscape and exceptional facilities. We are proud to be voted again as Asia’s Leading Luxury Resort and delighted and grateful to World Travel Awards to have been chosen to host such a memorable event.”

A full list of winners from the World Travel Awards Asia & Australasia Gala Ceremony can be seen here.

World Travel Awards celebrates its 23rd anniversary this year and is acknowledged across the globe as the ultimate travel accolade. Attended by senior executives from major travel companies, operators, destinations, WTA events are universally respected as providing established, top level networking opportunities, regionally and globally. The brand aims to celebrate those organisations who push the boundaries of industry excellence.

Hidden in the myth-filled hills of ‘Monkey Mountain’ in the heart of the Son Tra Peninsula nature reserve, the five-star InterContinental Danang Sun Peninsula Resort is a work of art as much as a resort. Set in 37 hectares of stepped gardens leading down to a private beach – dramatic views of the sea can be enjoyed from all 200 rooms – every inch of this luxury resort is the stunning creation of star architect Bill Bensley and, as a result, is unique in design and concept.

Billed as the place “where myth meets luxury”, it’s an easy drive from InterContinental Danang Sun Peninsula Resort to UNESCO world heritage sites of Hoi An, Hue and My Son, making it a perfect base for travellers seeking an experience that connects them to central Vietnam. 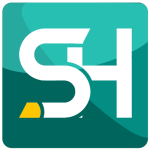